To share your memory on the wall of Arthur Dersham, sign in using one of the following options:

Provide comfort for the family of Arthur Dersham with a meaningful gesture of sympathy.

Print
Age 96, passed away peacefully with his immediate family at his side on Friday, October 25,
2019. Art was born February 23, 1923 in Adrian, Michigan, the son of Arthur and Mary Dersham
Sr.

He is survived by his daughters, Sha... Read More
Age 96, passed away peacefully with his immediate family at his side on Friday, October 25,
2019. Art was born February 23, 1923 in Adrian, Michigan, the son of Arthur and Mary Dersham
Sr.

After graduating from Ann Arbor High School in 1942, he worked at Willow Run Airport building
airplane wings. It was there that he met Keith Pettit, a lifelong friend and future best man.

Art recalled first hearing about the attack on Pearl Harbor when an usher stopped the movie
playing at the Michigan Theater and announced the breaking news. In January 1943, he
enlisted in the Army, spending months at training schools: first basic training (Florida), Airplane
Mechanic School (Texas), Aerial Gunnery School (Arizona) and finally Combat Crew Training
School (Oklahoma). Once his crew was assembled in September 1944, they were stationed in
Eye, England as part of the 8th Air Force, 490th Bomb Group, 849 Squadron. He was assigned to
a B-17 “Flying Fortress” as the ball turret gunner. Remarkably, the crew survived 27 bomb run
missions over Germany. At 21, he had achieved the rank of Staff Sergeant; receiving an Air
Medal with 3 Oak Leaf Clusters, European-African-Middle Eastern Service Medal and Good
Conduct Medal for Air Combat over Rhineland and Central Europe. After the combat missions,
he flew weather reconnaissance for the 55th Fighter Group, 862 Bomb Squadron until VE Day.
He was honorably discharged in October 1945. Many years later, he joined his fellow
bombardiers at reunions across the country. He was the last surviving member of his crew.

Returning home after the war, he met his wife, Shirley on a blind date arranged by a friend at
Ann Arbor’s iconic Drake’s Sandwich Shop. They married on August 8, 1947 at First United
Methodist Church in Ann Arbor. They had 63 memorable years together. In those early years,
he worked as a timekeeper for local manufacturer King-Seeley, where the first dash-mounted
automotive gas gauges were invented. He also did contract work as a microscope repairman. In
1952, he joined Ann Arbor-based Argus Camera as a repairman, quickly learning the skill set on
the job. His passion for Argus cameras endured as his knowledge base grew. When Argus
moved to South Carolina in the early 1960's, he and small group of employees formed Huron
Camera, an Argus-affiliated service center. Many years later, he attended conferences hosted
by the Argus Collectors Group and Argus Museum. His knowledge and advice was often sought
by camera enthusiasts. For more than 15 years, he also worked at H&H Distributing, a pet
supply business owned by his brother-in-law and sister-in-law (Howard and Norma Weaver).

His energy (which was unmatched), endearing sense of humor and humility will be forever
cherished by his family. Although he would never consider himself to be a hero, his family will
always remember him as one.

In lieu of flowers, please memorial donations may be made in his honor to one of these charities:

Honor Flight: https://www.honorflight.org/donate-now/ways-to-donate/
Honor Flight
Box L-4016
Columbus, OH 43260-4016
Checks should be made payable to “Honors Flight” and a notation can be made on the check regarding “In Memory Of”

University of Michigan Rogel Cancer Center Kidney Cancer Program: https://victors.us/arthurcdershamjr
Michigan Medicine
Office of Development and Alumni Relations
1000 Oakbrook Drive, Suite 100
Ann Arbor, MI 48104-6815
Checks should be made payable to “University of Michigan” and a notation can be made on the check regarding “In Memory Of”
Read Less

We encourage you to share your most beloved memories of Arthur Dersham here, so that the family and other loved ones can always see it. You can upload cherished photographs, or share your favorite stories, and can even comment on those shared by others.

Javier Sandoval sent flowers to the family of Arthur Dersham.
Show you care by sending flowers

Flowers were purchased for the family of Arthur Dersham. Send Flowers

Posted Nov 04, 2019 at 02:44pm
The Argus Collectors group met Art a few years ago when he came to a fall conference. Well, safe to say that we bonded with him right away and he with us. He worked at Argus and that made him special to us. But he was a super guy too. He was one of those people that you felt you had known for years and years. Spending time with Art was always one of the things I looked forward to every years when we come to Ann Arbor. He left us with many memories and he will always be talked about whenever the ACG gathers. May he rest in peace.
Comment Share
Share via:
JS 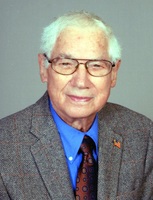