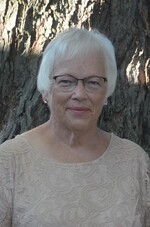 Age 72, passed away Sunday, November 29, 2020 at the University of Michigan Medical Center with her devoted husband and children at her bedside.

Caryl was born February 1, 1948 in Norway, Michigan to Garfield and Lucille Perkins and spent the early years of her life in the Kingsford Heights neighborhood. Upon graduating from Kingsford High School in 1966, she went on to Michigan State University and earned a Bachelor of Science degree in Dietetics in 1970. Later that year Caryl married Raymond Novara and they were blessed with 50 years of marriage and two wonderful children.

Ray and Caryl made their home in Milan, Michigan and joined the Immaculate Conception Church. Over the last 50 years, Caryl has served the church in many capacities including stepping into the bookkeeping and secretarial duties at the parish office after an auto-accident took the life of the parish secretary in 2009. Caryl covered the office for nearly 10 years before receiving a leukemia diagnosis in early 2019 which forced her to leave the position to focus on her treatment.

Caryl actually began her career working at the University of Michigan Hospital as a dietitian after receiving her degree. When their first child came along, Caryl opted to stay home to raise their children and spent many volunteer hours in classrooms and fundraisers at Paddock Elementary School before returning to the workforce in 1985 as the School Lunch Director for Milan Area Schools. She retired in 2002 and began “practicing” to become a grandmother by caring for two sweet girls while their parents worked. Caryl was soon promoted to “Grandma Caryl” in April of 2005 and enjoyed every moment she could being a grandma to her two cherished grandsons. She could be found at most of their ball games even when she didn't quite understand the game being played. Caryl was a skilled cook and baker and you knew you must be special if she made you a pasty, a "yooper" delicacy, or a batch of "fancy cookie sandwiches" that were requested by family and friends for showers, graduations, and even weddings.

She was preceded in death by her parents; a step-father, Claude Phillips; and step-brother, Donald Phillips.

Besides her husband, Ray, she is survived by two children, Amy Novara of Howell, MI and David (Meegan) Novara of Dexter, MI; two grandsons, Wyatt and Cole Novara; siblings, Doreen Magnuson of White Bear Lake, MN and John (Donna) Phillips of Marquette, MI; a host of treasured in-laws, nieces, nephews, great-nieces, great-nephews and cousins as well as many dear friends made along her journey that were like family to her.

Due to COVID-19 concerns, the family has opted for a private funeral and subsequent burial at Cemetery Park, Iron Mountain, Michigan.

In lieu of flowers, donations will support the Rogel Cancer Center Leukemia Program at the University of Michigan. Checks may be made to “University of Michigan” and sent to the Michigan Medicine Office of Development, 1000 Oakbrook Dr., Ste. 100, Ann Arbor, MI 48104. You may also call 734-764-6777 or visit the website victors.us/carylnovara to make your gift.