To share your memory on the wall of Chiara Hensley, sign in using one of the following options:

Provide comfort for the family by sending flowers or planting a tree in memory of Chiara Hensley.

Provide comfort for the family of Chiara Hensley with a meaningful gesture of sympathy.

She was also a dedicated, strategic educator and servant leader with an emphasis on conflict resolution, collaboration, consultation, social, economic and restorative justice, continuous systemic redesign and improvement, program evaluation and assessment, retention, academic success, and personalized learner-centered growth and development. Dr. Hensley served as the Assistant Vice President of Academic and Student Affairs at Eastern Michigan University. Her previous work includes service at Pasadena City College in the Counseling and Student Learning Services area, holding a tenured position as Assistant Professor of Counseling. During her tenure, she also served as Counseling Department Coordinator, and Campus Diversity Coordinator. Prior to going to California, Chiara left Michigan to join her elder sister Kamala in Tuscon, Arizona. After a brief period, they were summoned to Hollywood by their cousin Leo Benvenuti to work in the movie industry. She rose in a span of three years from production secretary to assistant director with movies like "Dante's Peak" and "Screenland Drive". She, after further study, transitioned to education with a heart and mind for community building and unity through consultation and community partnerships, Chiara focused her nonprofit work on geriatric care and community support and development of children and youth - specifically, education, workforce preparation, moral, spiritual, character development and advocacy as well as mental health, well-being and physical fitness.

Chiara was an active member of Eastern Michigan University's Women in Philanthropy. She served as an innovative and visionary leader, a higher education leadership and organizational development expert, and an advocate and mentor for all women through her proactive membership with the ACE Women's Network - Michigan where she also served as an ACE Institutional Representative and Chair for the Eastern Michigan University's MI-ACE Steering Committee.

She also served the Baha'i World Faith community for over 25 years. Her service included chairing various youth committees, coordinating and leading the local Baha'i community center school, developing children's and youth classes and curriculum, coordinating large and small-scale community events, fundraisers, serving on sub-committees of budget and celebration initiatives as well as three successful terms of service as the chair of the local Spiritual Assembly of the Baha'is of Pittsfield Township.

As an educated, black, American, woman, Chiara's history, career work, service, and life experiences came with depth and breadth. She was deeply committed to social change and world unity. She was an activist and an engaged community member and mentor. The founder and chairperson of the Ann Arbor-Ypsilanti Chapter of ALL - All Ladies League and acknowledged by ALL - All Ladies League and the Women Economic Forum as a Women of the Decade in Academia and Leadership, she was a role model for all woman, particularly those of color, intergroup, marginalized, and intersected backgrounds. Her skills included but were not limited to, strong leadership and development of teams, and an eye of inclusion and diversity in the broadest forms, along with a mindset of equity and action. A strong project manager, developer of people and collaborative leader of working groups, Chiara always worked with energy, grit, resilience, a vision, clear and actionable goals and a life purpose in mind. She was output and product driven - She was intentional, deliberate and focused on producing tangible results from all of her service, community, personal and professional work.

Chiara presented at a large number of professional conferences covering a vast range of topics and issues from student success to women's empowerment to world peace and unity to a new world civilization. There was no limit to her spiritual or moral concern for humanity. As an author, she has two works under consideration, one in editing and the other proposed. She recently developed a workshop on meditation.

In two thousand eleven Chiara married Sean Hensley in Pasadena, California. A son, Cheldon was born to them in two thousand twelve. They gave birth to a daughter, Zaevia, in Ann Arbor, Michigan in twenty fourteen. Chiara is survived by two sisters, Kamala and Sita; four brothers, Chaad, Amahl, Ezarilah and Rahman; her parents, Ervin and Nola Thomas; in-laws, Susan McCleary and John Wallace; a niece, Leda Thomas; a nephew, Maceo Thomas; and several aunts and uncles and a number of cousins, especially Audrey Iwasko, here and abroad.

To send flowers to the family or plant a tree in memory of Chiara Shani Menette Hensley (Thomas), please visit our Heartfelt Sympathies Store.
Read Less

Receive notifications about information and event scheduling for Chiara 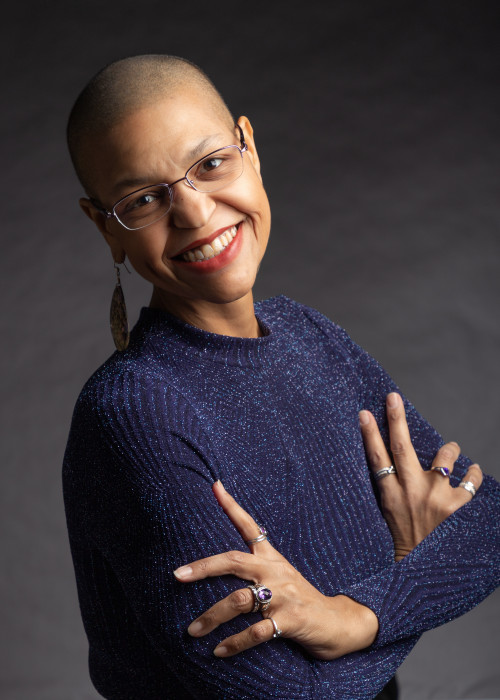 We encourage you to share any memorable photos or stories about Chiara. All tributes placed on and purchased through this memorial website will remain on in perpetuity for generations.

I've always thought of Chiara as a force of nature. Originally she reminded me of a passionate hurricane in her strength. Strong but not destructive. More recently I've come to think of her like a supergiant or hyper giant star. They shine the brightest but are the shortest-lived. And that is my sweet Chiara. Luminous, extravagant, funny, passionate and wonderful. My heart breaks for her family and for all of us that don't get the brightness of living in a world with her in it anymore. I love Chiara and miss her so much.
Comment | Share Posted Dec 13, 2019 at 03:30am via Condolence
HS

With much love from Leo and family

Flowers were purchased for the family of Chiara Hensley.
Order Now | Show All
Comment | Share Posted Dec 13, 2019 at 02:17am via Floral Arrangements
HS

To Cheldon, Zaevia, and the entire Thomas Family, We are so very sorry for your loss and give our deepest condolences. Chiara will be missed by many.

Flowers were purchased for the family of Chiara Hensley.
Order Now | Show All
Comment | Share Posted Dec 12, 2019 at 01:39pm via Floral Arrangements
HS

We are so very sorry for your loss. We are thinking of you and wish you peace.

Tender Tribute was purchased and planted a memorial tree for the family of Chiara Hensley.
Order Now | Show All
Comment | Share Posted Dec 12, 2019 at 07:08am via Floral Arrangements