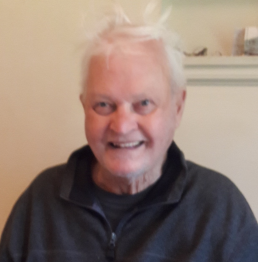 Dale was born in Cheboygan, Michigan to Cyril and Ethel (Diekman) Kimberly. After graduating from South Lyon High School, he joined the United States Army and served during the Korean War. Following his discharge from the military, Dale moved back to the South Lyon area. Upon his return, he met a local bank clerk, Beverly Bertl. The two married in 1956 and spent 66 loving years together. Together they welcomed two sons, Dale Jr. and Robert, and raised them in Ann Arbor.

During his free time, Dale enjoyed spending the day on the golf course or sharing a laugh with his friends during their weekly euchre meetings.

He was preceded in death by his parents, Cyril and Ethel Kimberly, and his siblings, Keith Kimberly and Eilene Allen.

Dale will be deeply missed by his wife, Beverly Kimberly, and his sons, Dale (Lori) Kimberly, Jr. and Robert (Cathy) Kimberly.