To share your memory on the wall of David Hughes, sign in using one of the following options:

Provide comfort for the family by sending flowers or planting a tree in memory of David Hughes.

Provide comfort for the family of David Hughes with a meaningful gesture of sympathy.

David was born on December 5, 1946 to parents Dr. Byron and Frances (Sexton) Hughes. He was raised in Ann Arbor with his five siblings: ... Read More
David Byron Hughes, age 73, of Ann Arbor, Michigan, passed away at his residence on March 12, 2020.

David was born on December 5, 1946 to parents Dr. Byron and Frances (Sexton) Hughes. He was raised in Ann Arbor with his five siblings: Sandra, Scott, Pamela, Duncan, and Margot. David graduated from Ann Arbor High School and began studies at Central Michigan University. He spent two years working towards a degree, however, was taken away from his studies to enlist in the United States Navy. David spent four years with the Navy during the Vietnam War. After returning home, he resumed his academic studies at Eastern Michigan University where he later graduated with a bachelor’s degree. After college, David began working in the technology field. His work led him all over the world which gave him the opportunity to explore other countries and cultures.

In 1984 he married Elizabeth Collins and immediately became a loving father figure to her four children: Julie, Maribeth, William, and Frank. They spent 20 wonderful years together until her passing in 2004.

As fate would have it, David rekindled a relationship with his CMU college sweetheart, Joyce Lemmer. The two connected as if no time had passed and enjoyed many years together, finally asking her to be his wife in 2020.

David was passionate about life and enjoyed every moment of each day. He loved to travel the two-lane highway after getting a McDonald's Coca-Cola in his cup holder and camping. David also had an artistic mind and loved spending time drawing, painting, and writing poems. He was loved by all who knew him and always had a positive outlook on life.

He was preceded in death by his father and step-mother, Dr. Byron and Polly Hughes; his mother, Frances Hughes; his wife, Elizabeth Hughes; and his sister, Sandra Gordon.

To send flowers to the family or plant a tree in memory of David Byron Hughes, please visit our Heartfelt Sympathies Store.
Read Less

Receive notifications about information and event scheduling for David 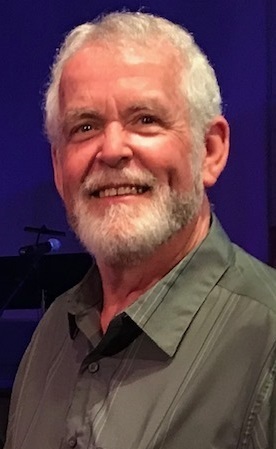 We encourage you to share any memorable photos or stories about David. All tributes placed on and purchased through this memorial website will remain on in perpetuity for generations.

Our thoughts and prayers are with the Hughes and Collins family's. Our deepest sympathy to all who are grieving his loss.
Bill and Maureen Burke
Comment | Share Posted Mar 18, 2020 at 09:27am via Condolence
HS

Sending all our love to your family at this difficult time.

Flowers were purchased for the family of David Hughes.
Order Now | Show All
Comment | Share Posted Mar 17, 2020 at 11:57pm via Floral Arrangements
PP

Joyce,
I am so sorry to hear of this sad news. I hope that having your family close and the special memories you two made are of comfort to you at this difficult time.
Paula
Comment | Share Posted Mar 17, 2020 at 01:44pm via Condolence
RB

We were lucky enough to reconnect with David through Joyce. He brought her so much joy and it made all of our CMU group so much happiness to see them together again. We saw them as a couple several times and had a great time getting to know him again and sharing memories. We will all miss him and the joy he brought back into our lives.
Ron and Barb Bindle
Comment | Share Posted Mar 17, 2020 at 08:01am via Condolence