To share your memory on the wall of Doris McKeon, sign in using one of the following options:

Provide comfort for the family of Doris McKeon with a meaningful gesture of sympathy.

The family would like to thank the staff at the Saline Evangelical Home and Arbor Hospice for their kindness, and the Celebrant at Doris’ Mass, the Reverend Fr. James P. Conlon.

In lieu of flowers, a donation can be made to the Alzheimer’s Association, PO Box 96011, Washington, DC 20090 in Doris’ name. On-line donations can be made at: https://act.alz.org/site/TR/Events/Tributes-AlzheimersChampions?pg=fund&fr_id=1060&pxfid=600630
Read Less

We encourage you to share your most beloved memories of Doris here, so that the family and other loved ones can always see it. You can upload cherished photographs, or share your favorite stories, and can even comment on those shared by others.

Camille Campos and Love, The St Claire Family have sent flowers to the family of Doris Helen McKeon (Jaeger).
Show you care by sending flowers

Posted Nov 17, 2019 at 12:00pm
Our sincerest condolences to the McKeon family during this time of profound loss.

Flowers were purchased for the family of Doris McKeon. Send Flowers

Posted Nov 15, 2019 at 06:16pm
So many loving memories with Aunt Doris in which we will treasure forever. Much love, The Charles and Audrey McKeon Family

Flowers were purchased for the family of Doris McKeon. Send Flowers

Dreams from the Heart Bouquet was purchased and planted a memorial tree for the family of Doris McKeon. Send Flowers 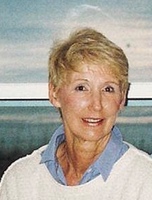