To share your memory on the wall of Ernestine Young, sign in using one of the following options:

Provide comfort for the family by sending flowers or planting a tree in memory of Ernestine Young.

Provide comfort for the family of Ernestine Young with a meaningful gesture of sympathy.

Ernestine Rebekah Ildza, the first child of Andrew Robert Ildza and A. Mildred Stevenson Ildza, was born June 20, 1920 in Springfield, Missouri. She went to her Heavenly Home on Thursday, January 16, 2020.

She grew up in Dearborn, Michi... Read More
Ernestine Rebekah Ildza, the first child of Andrew Robert Ildza and A. Mildred Stevenson Ildza, was born June 20, 1920 in Springfield, Missouri. She went to her Heavenly Home on Thursday, January 16, 2020.

She grew up in Dearborn, Michigan and graduated at age 16 from Fordson High School, and later from Wayne University (Now Wayne State University). In January of 1941 she married Earl B. Young, Jr. and in December of that same year their first child, Joanna, was born. They later welcomed two more children into the family, Mary Sue in November, 1955, and David in October, 1959. The family lived in Dearborn until 1965 when they moved to Plymouth, Michigan. In the summer of 1967 they relocated to Allison Park, Pennsylvania when Earl accepted a position at the University of Pittsburgh. (Joanna had married by this time so remained in Michigan at this point).

Ernestine’s family treasures memories of her fine intellect, her humor, her love for her church shown through her leadership and service, and her great love for each of us. (She prayed morning and evening for every one of her family members!) We also remember her as a voracious reader, an excellent cook and baker, and an expert seamstress and knitter.

As a young mother whose husband was drafted into the Navy during World War II she supported the war effort in her own way by teaching the young children of the iconic “Rosies” who worked in the Ford Willow Run bomber plant to keep our military supplied with much-needed planes. Ernestine taught at one of the two nursery schools in Norwayne, Michigan, driving each day all the way from East Dearborn to Norwayne. There was no I-94 in those days!

Ernestine was a life long learner whose love of books led her to earn her Master’s of Library Science when she was in her mid-fifties. A remarkable woman, our mother!

The last 5 1/2 years of Ernestine’s life had been spent at University Living in Ann Arbor where she received excellent and loving care. From the beginning of 2019 Elara Caring provided additional services for Ernestine as well as wonderful hospice care as Lewy Body Dementia took its toll on her.

Predeceasing Ernestine were her husband Earl, her parents Andrew and Mildred, Rebekah Lively Stevenson, the grandmother who helped raise her, and her brother Clayton Clifford Ildza.

In lieu of flowers, those who wish to remember Ernestine with a memorial gift are asked to give to the Salvation Army, one of her favorite charities.

To send flowers to the family or plant a tree in memory of Ernestine Rebekah Young (Ildza), please visit our Heartfelt Sympathies Store.
Read Less

Receive notifications about information and event scheduling for Ernestine 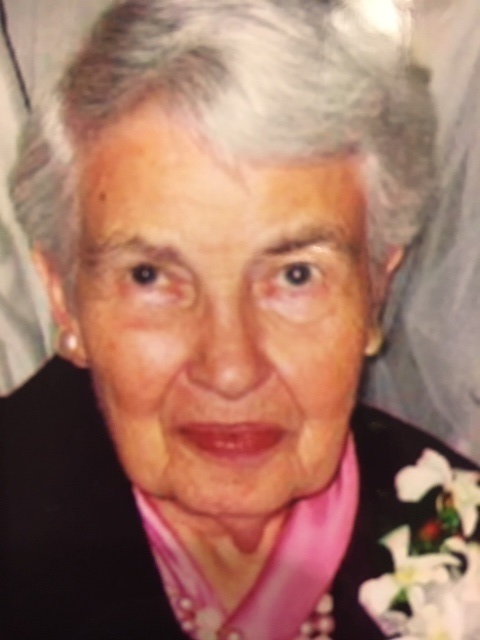 We encourage you to share any memorable photos or stories about Ernestine. All tributes placed on and purchased through this memorial website will remain on in perpetuity for generations.

Honoring the life and legacy of a very special lady... a cherished member of the Memorial Park Church family.

Peaceful White Lilies Basket was purchased for the family of Ernestine Young.
Order Now | Show All
Comment | Share Posted Jan 24, 2020 at 11:56am via Floral Arrangements
J