To share your memory on the wall of Gabriel Jeske, sign in using one of the following options:

Provide comfort for the family by sending flowers or planting a tree in memory of Gabriel Jeske.

Gabriel Isaac Jeske, age 18, of Saline, Michigan, passed away on May 2, 2020 after a brave three year battle with cancer.

Gabriel was born in Key West, Florida, in mid-fall of 2001 to a lively household of four; and baby made five. He w... Read More
Gabriel Isaac Jeske, age 18, of Saline, Michigan, passed away on May 2, 2020 after a brave three year battle with cancer.

Gabriel was born in Key West, Florida, in mid-fall of 2001 to a lively household of four; and baby made five. He was joined two years later by a little sister, with whom he soon formed a special bond. Samuel, his youngest brother came along five years later, after the family had moved to Milan, Michigan.

From the very beginning, Gabriel did what he did best: make everyone around him laugh. He had his own style of doing everything, whether it was crawling on one knee and one foot, which earned him the nickname “Scootie” as a baby, or doing Tae Bo with his own special “technique” as a toddler.

Another nickname he acquired growing up was “the thin one.” One time the family was looking high and low for him and could not find him. It turned out that he had fallen asleep right on top of his bed in plain sight, but he was so camouflaged by his striped bed sheets that his brother, Andrew, could not see him.

There was a period of time when he thought he would be a geologist. He collected a huge number of rocks of all sorts from an empty lot behind the house in Milan and anywhere else that promised a good find. Once, a dear friend of the family took him, his sister, and her niece and nephew to a rock quarry. Her nephew found a beautiful but huge rock that he wanted to take home. He soon gave up because it was too heavy to carry home, but Gabriel assured him he would carry it for him. And he did! He brought it from the quarry all the way home, and for this great effort, his little friend let him keep it.

Gabriel was a great athlete and a remarkable runner. He had a natural grace to his stride and unbelievable stamina. When he was bored, he would head outside and just run laps around the house for up to an hour at times. He used to ask to be dropped off a few blocks from the house on the way home from school, and he would run instead of ride, trying to beat the car—which he did on occasion. When he was a sophomore, he broke the record for his age in the Ann Arbor-Dexter run without even trying.

In martial arts, he excelled. He learned a few fundamentals from his father, a former black belt in Taekwondo, then began to study on his own. His favorite style was Bruce Lee’s Jeet Kune Do, though he studied numerous other styles to incorporate and learn from. He had several long conversations with his older brother in which he’d present his findings about Krav Maga, Ninjutsu, Wing Chun, Muay Thai, and other martial arts styles from which he’d pulled useful information or ways of thinking. This passion started as simple research for a book that he’d been writing, and grew into something he loved doing.

Gabriel was a brilliant kid, in the advanced learning program (ALP) in school. He developed a keen intuition for art and creative writing early on. He began pencil sketching and making video game pixel art as part of a project he’d been working on with friends on a beginner’s programming website called Scratch. He slowly branched out from there, each of his artistic exploits overlapping and feeding each other. His writing and the games he played gave him more reason, more subjects, to draw, and eventually he branched into digital painting to bring more life to his art. He grew in stages as his interests expanded, each causing the others to grow.

There is a ton more we could tell about Gabriel, like his absolutely accepting and kind-hearted disposition, and that he was the best friend you would ever want to know; but time and space are limited. Just know that for the short 18 years he occupied this planet, he left quite an impact on the people who knew him. He is described as easy to be with and always quick to crack a joke even in the most tense situations. It was… really, really hard to say goodbye it still doesn’t feel real but even though he isn’t here in the flesh, the warmth of his memory remains. He will be loved and missed by everyone he touched.

He is survived by his parents, Ted and Dierdre Jeske; and his siblings, Andrew, Nathan, Caris, and Samuel; as well as many family and friends who live locally as well as across the globe.

Pastor Tiskono Cornelius Crawford will officiate a Celebration of Gabriel’s’ Life Service on Saturday, May 16, 2020. Please contact the Jeske family for more details.

To send flowers to the family or plant a tree in memory of Gabriel Jeske, please visit our Heartfelt Sympathies Store.
Read Less

Receive notifications about information and event scheduling for Gabriel 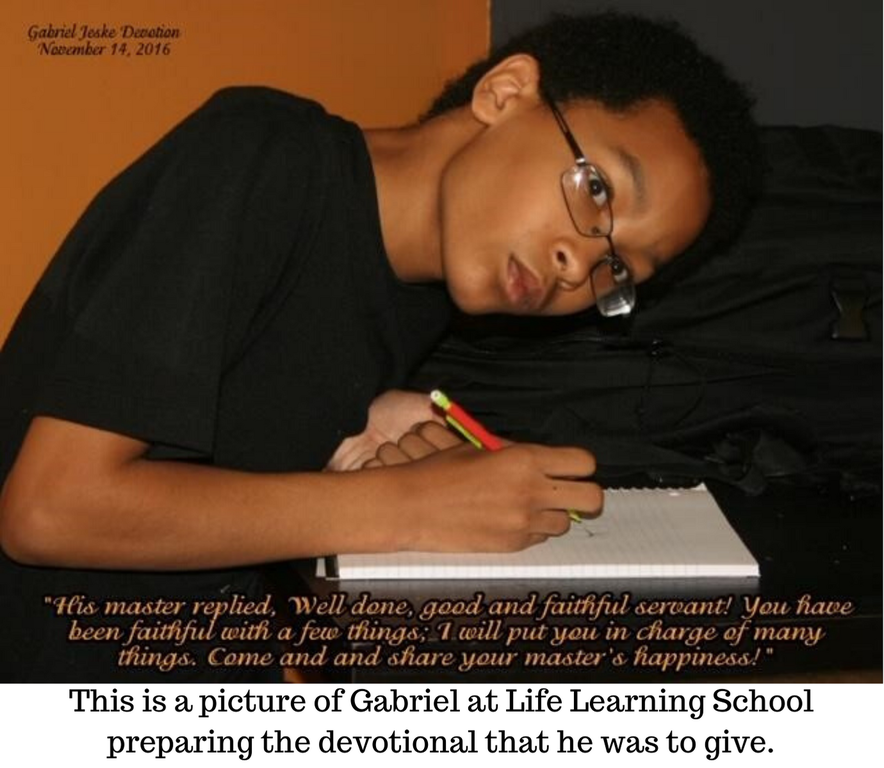 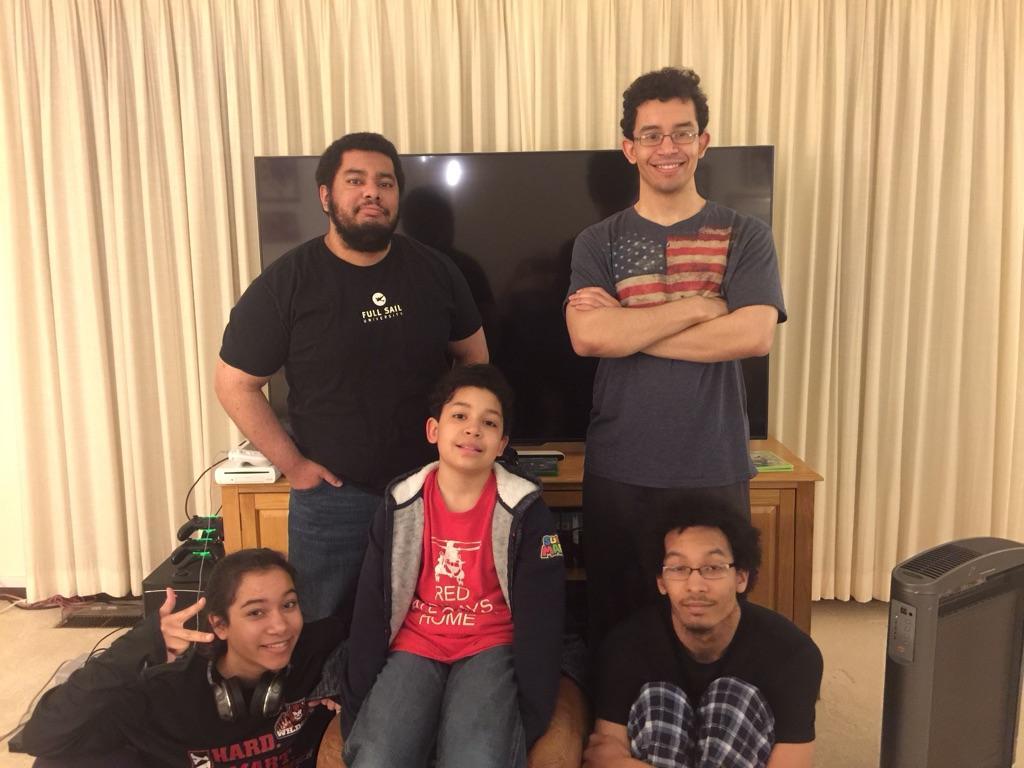 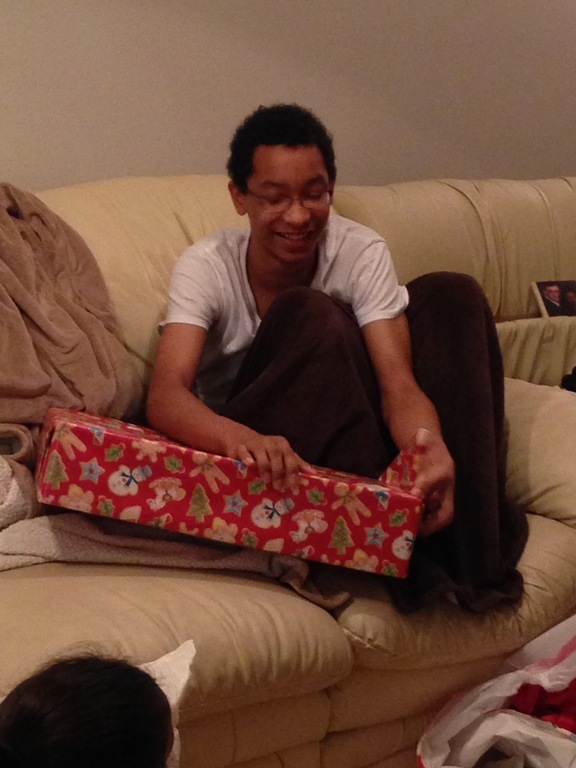 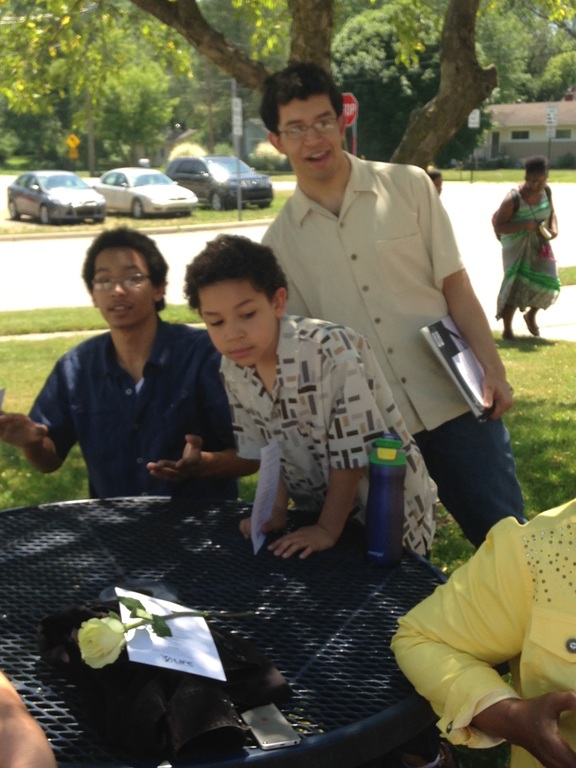 We encourage you to share any memorable photos or stories about Gabriel. All tributes placed on and purchased through this memorial website will remain on in perpetuity for generations.

Jason Epperson sent flowers to the family of Gabriel Jeske.
Show you care by sending flowers
Hand delivered by a local florist

Jason Epperson sent flowers to the family of Gabriel Jeske.
Show you care by sending flowers
Hand delivered by a local florist
BN

I met Gabriel at the hospital. He was such a sweet young man with an amazing family. May he rest easy. I hope his family can find some peace knowing he did so much living in such a short time.
Comment | Share Posted May 18, 2020 at 09:13am via Condolence
KE

We are thinking of you during this difficult time. Please remember that we love and care about you all. With much love from Randazzo Dance Company

Until we meet again, Love you, Gabe! From Uncle Dorian

You were just a seedling Gabe but your roots ran deep and far. Your impact on those who knew and loved you will continue to grow like a mighty tree.

Until we meet again, Love you, Gabe! From Uncle Dorian planted a memorial tree for Gabriel Jeske
Comment | Share Posted May 15, 2020 at 12:34pm via Memorial Tree

This young man definitely lived life to fullest. A star that shown so bright that it only could last for a short time. But I am sure he is still shining bright in the hearts of his family and friends. I wish I could have met this Angel on earth. I wish only the Best and Peace for him and his family.

With Much Love from the Epperson Family

Jason Epperson purchased the Tender Tribute and planted a memorial tree for the family of Gabriel Jeske.
Order Now | Show All
Comment | Share Posted May 14, 2020 at 03:45pm via Floral Arrangements