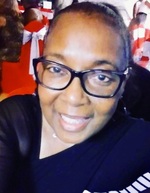 She graduated from Ypsilanti High School in 1974.

Gloria worked as a Supervisor for 46 years for the University of Michigan.

She enjoyed to Travel, Singing, Listening to music and most of all, Dancing.

The family has entrusted Nie Family Funeral Home with the arrangements. A private family service is scheduled.

In lieu of flowers, donations may be made to a charity of one's choice.