To share your memory on the wall of Gregory Jones, sign in using one of the following options:

Greg deeply loved the Lord, his family and his friends. Those who knew him could see how he so selflessly dedicated himself to others, always putting them before himself. He was highly regarded as a detective, a friend and a mentor to all those whose lives he touched. Greg had an eye for photography and captured many beautiful pictures of God’s creation. He was known for his patience, his smirk and his quiet strength. Even through his long battle with ALS, his faith was an inspiration to others. His favorite verse was Romans 12:12; “be joyful in hope, patient in affliction, faithful in prayer.”

Greg was preceded in death by his father Carl Jones, and mother Joan Jones. He is survived by his loving wife Sandy, their two children Courtney and Brandon, his brother Glenn and sister Mary Kay.

Visitation will be at Nie Funeral home, 3767 W. Liberty Rd., Ann Arbor, on Friday, December 13, 2019 from 5 pm to 8 pm, and on Saturday December 14, 2019 before the funeral service from 10 am to 11 am at Knox Presbyterian Church, 2065 S Wagner Rd, Ann Arbor. A funeral service will be held at 11 am at the church, followed by refreshments. Interment at Bethlehem Cemetery, Ann Arbor, Michigan. Memorial contributions may be directed to ALS of Michigan or Arbor Hospice.
Read Less

To plant a memorial tree in honor of Gregory Jones, please visit our Heartfelt Sympathies Store.

We encourage you to share your most beloved memories of Gregory Jones here, so that the family and other loved ones can always see it. You can upload cherished photographs, or share your favorite stories, and can even comment on those shared by others.

Posted Dec 13, 2019 at 01:43pm
My thoughts are with Greg’s family. It is so painful to lose someone, yet no one else can really know all that you feel except our Heavenly Father. He knows and feels your pain. He calls death an enemy and promises to remove it forever, Isaiah 25:8 “And he will swallow up death forever…” He also promised to wake up all our loved ones, in the memorial tombs, from death (Isaiah 26:19). What joy it will be to see our loved ones again and to enjoy life as our Creator purposed (Psalms 145:16). I  hope these words give all of you comfort.
Comment Share
Share via:
BZ

Posted Dec 13, 2019 at 11:11am
Sandy, Courtney, Brandon and all of Greg's family,
Although we know Greg is with our Lord, we still grieve because we miss him and will always miss him. It is so hard to put into words all that I am feeling and all that I want to say. I love Greg like a brother and I continue to admire the man he was. He loved you and the Lord with all his heart,with all his mind and all his soul. He loved his neighbor as his himself ( and I believe he put others ahead of himself) thus fulfilling the two greatest commandments. May the Lord comfort you and your family.
Comment Share
Share via:
MF

Flowers were purchased for the family of Gregory Jones. 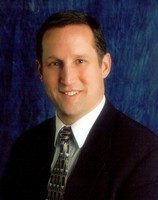