To share your memory on the wall of Jacqueline Lucas, sign in using one of the following options:

Provide comfort for the family by sending flowers or planting a tree in memory of Jacqueline Lucas.

Provide comfort for the family of Jacqueline Lucas with a meaningful gesture of sympathy.

Jacqueline Ann Lucas, 55, went home to be with the Lord on January 5, 2020 at the University of Michigan Hospital in Ann Arbor, MI. “Jackie” as she was affectionately called was a loving wife of Mark W. Lucas for 33 years.

Born in ... Read More
Jacqueline Ann Lucas, 55, went home to be with the Lord on January 5, 2020 at the University of Michigan Hospital in Ann Arbor, MI. “Jackie” as she was affectionately called was a loving wife of Mark W. Lucas for 33 years.

Born in Youngstown, Ohio, she was the daughter of Cladyes and Ida Hayes. Jackie attended East High School in Youngstown, Ohio where she graduated. After high school, Jackie enlisted in the United States Air Force as a Senior Airman with an honorable discharge. Jackie received an Associates degree in Business Administration from Oakland Community College, a Bachelor’s degree in Aviation Management and a Master’s degree in Technology Studies, both from Eastern University. Jackie was employed by General Motors Corporation as the first African American Female Pilot as Command and Second in Command, flying domestic and international operations worldwide. In this position she also received a Pilot Safety Award. Throughout her career, she held positions with other commercial airlines as a First Officer and Captain pilot. She also served as a Senior Training Captain at Murray Aviation. Her most recent career accomplishments included teaching as an Adjunct Instructor at Washtenaw Community College in Ann Arbor, Michigan and Baker College in Jackson, Michigan. She was also recently employed at Kalitta Charters in Ypsilanti, Michigan as a Gold Star Ground Instructor for Lear Jet & Falcon 20 aircraft.

Jackie was an active member of Second Baptist Church (Dr. Steven J. Daniels, Sr., Pastor) in Ann Arbor, Michigan where she served on the Media, Tutor and Usher Board ministries. She enjoyed witnessing her 2 daughters achieve the same level of accomplishment, as Black Belts, in Karate. She enjoyed competing with her daughters in Karate and won numerous awards. She was also an avid coin collector.

She is survived by her loving and devoted husband, Mark Lucas; three daughters, Jacqueline Taylor and Marquel Jordan, and step-daughter, LaTasha (son, Ivan). She also leaves behind her mother, Ida Hayes; one sister, Mae (Bailey) Nicholson; niece, Tasha (Lorenzo); and nephew, John III. Her in-laws, Helen Lucas (mother-in-law), James, Jr. (Teresa), Janice, Deborah, Omelia (Conrad) and a host of loving relatives will also miss her wonderful sense of humor and loving smile. She was preceded in death by her father, Cladyes Hayes, Jr.

Memorial donations, in lieu of flowers may be made to My Sistah’s Pink Journey (mspjourney.org) or Second Baptist Church (Ann Arbor. MI) in Jacqueline A. Lucas’ name.

Funeral arrangements are being handled by Nie Funeral Home in Ann Arbor, Michigan.

To send flowers to the family or plant a tree in memory of Jacqueline Ann Lucas, please visit our Heartfelt Sympathies Store.
Read Less

Receive notifications about information and event scheduling for Jacqueline 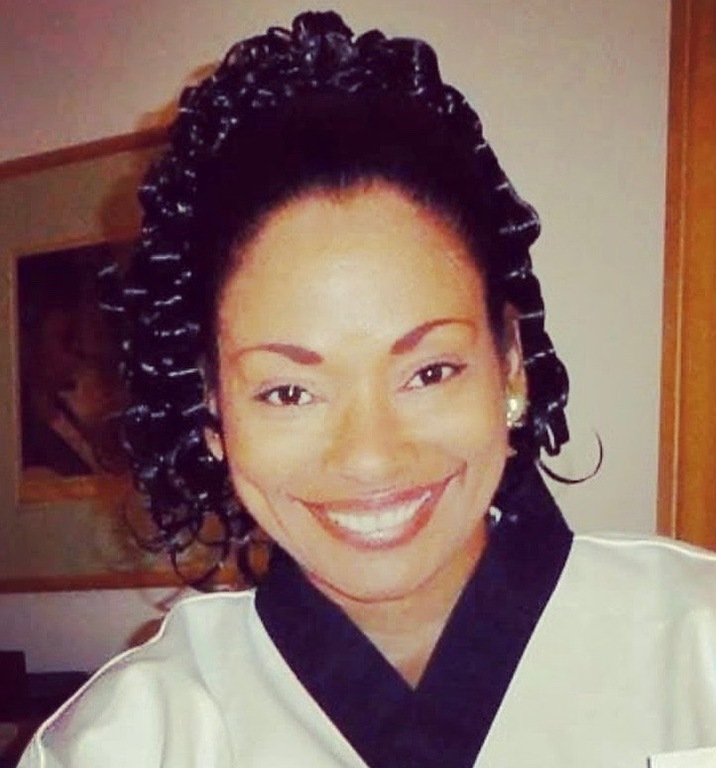 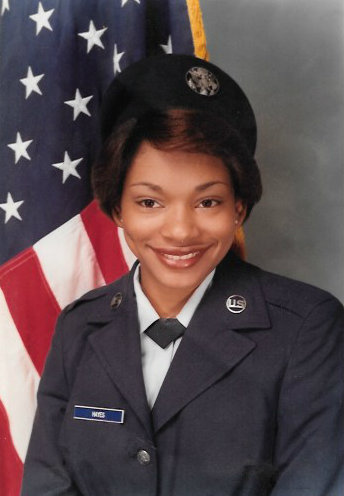 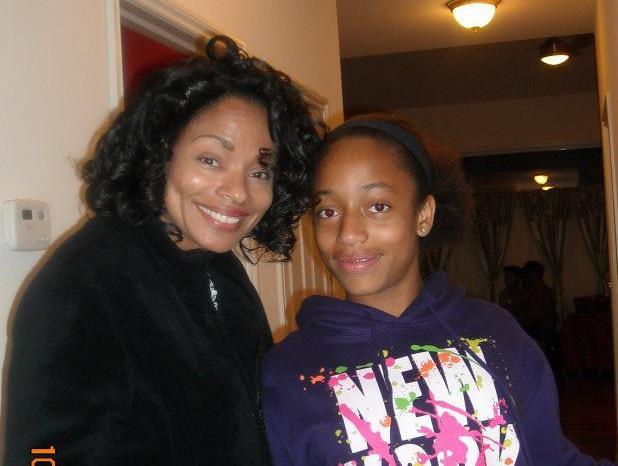 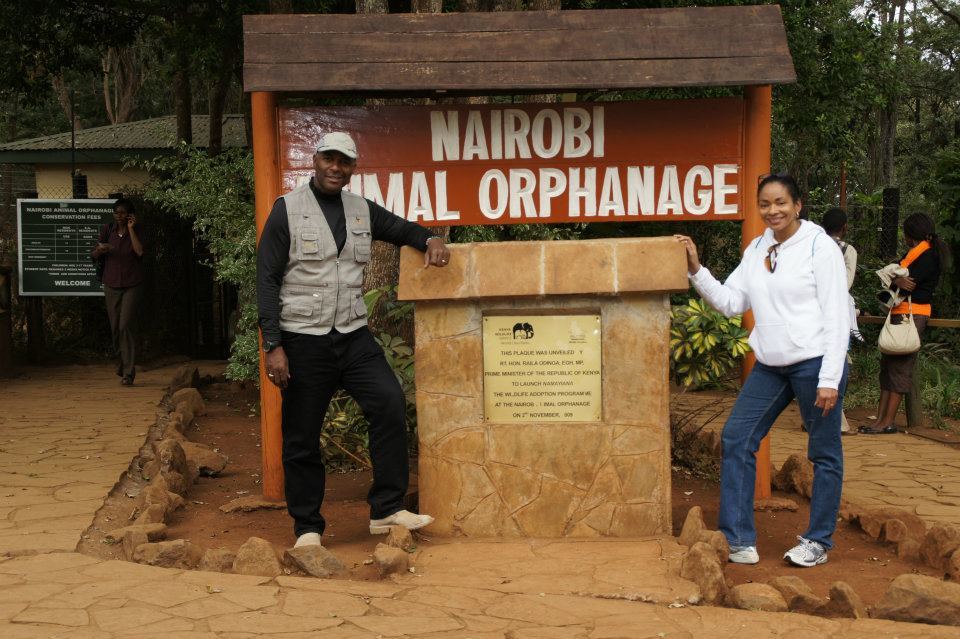 We encourage you to share any memorable photos or stories about Jacqueline. All tributes placed on and purchased through this memorial website will remain on in perpetuity for generations.

The Smith Vernon ,Henrietta, Evelyn, Lepear and E, Sandra Berman, and other have sent flowers to the family of Jacqueline Ann Lucas.
Show you care by sending flowers
Hand delivered by a local florist

The Smith Vernon ,Henrietta, Evelyn, Lepear and E, Sandra Berman, and other have sent flowers to the family of Jacqueline Ann Lucas.
Show you care by sending flowers
Hand delivered by a local florist

I was so shocked and saddened when I learned that Jackie had passed. I can't even imagine what Mark and his family are going through. I remember Mark always speaking so fondly of her when I used to work for Mark. I read her biography and I remember what Mark used to say about her. She truly was an accomplished, incredible lady. I know no words will comfort Mark and his family at a time like this, but I hope they get some consolation in knowing that they are in my thoughts and prayers.
Truly sorry,
Bert Sapiano and family
Comment | Share Posted Jan 12, 2020 at 12:31pm via Condolence
RC

I am so shocked to hear about the loss of Jackie.
She was such a wonderful person.
Keep in mind that our loved ones, never leave our side. Even if death does us apart, their souls still remain safe in our hearts. Nobody can ever take her place. She will be missed by everyone. May her soul rest in peace.
I'm truly sorry,
Rodney Cole and family ..

My heart hurts for your beautiful family to have lost you. You were complete sunshine Jackie and I am so glad I knew you through church fellowship and our children growing up. Heaven has gained a great person! Lovingly, Stephanie, Malik and Imani
Comment | Share Posted Jan 10, 2020 at 08:52am via Condolence
LP

How do I say goodbye to one of my first friends in life? We were born 11 days apart and have known each other since preschool. What a wonderful childhood we shared. From riding bikes to playing together at school and our beloved McGuffey Centre. Sliding down the big hill on cardboard boxes to letting you talk me into taking Karate class with you. I’m proud that you continued because your girl here, didn’t like to sweat. LOL. I could go on but I won’t. I will cherish our childhood memories forever and I will never, ever forget you. I love you girl! Sleep peacefully. 😭❤️💔😘🥰. - Lisa Parker. My sincere condolences to the Hayes and Lucas Families from The Parkers. Sharonline4life!🤘🏾
Comment | Share Posted Jan 09, 2020 at 10:57pm via Condolence
MM

Please accept my most heartfelt sympathies for your loss... my thoughts are with you and your family during this difficult time.