To share your memory on the wall of Don Kelley, sign in using one of the following options:

Don was born a child of God, and chose to honor Him, by dedicating his life to the service of others. As a young boy, he first served at the altar of St. Mary’s ... Read More
~James Donald Kelley~

Don was born a child of God, and chose to honor Him, by dedicating his life to the service of others. As a young boy, he first served at the altar of St. Mary’s Catholic Church in Wayne, Michigan, where he attended parochial school for 12 years. As a young man, he served his county with the Air National Guard and U.S. Air Force Reserve in their aircraft maintenance squadron. He was educated at both the University of Michigan and Eastern Michigan University, which lead to his doing 10 years of Engineering with the Ford Motor Company. During those years that he lived in Wayne and later in Saline he worked tirelessly on countless community improvement projects.

In 1967 Don had a life-changing experience when he joined a yearlong travel log filming expedition to Central and South America. His travels in Third World countries taught him that the only way to break the cycle of poverty and ignorance is through education. So, he devoted the next 25 years of his life to educating young people, as a High School and Vocational woodworking and automotive shop teacher in the Wayne/Westland school district.

When Don retired from teaching in 1995 he committed the rest of his life to working with charitable organizations like Habitat for Humanity, Missionary Ventures, with whom he helped to build schools in Guatemala and Africa, in addition to which, he collected wheelchairs, walkers, crutches and medical supplied for their medical teams. For many years he served at Boysville, a correctional facility for juvenile offenders, teaching the boys how to build ramps for people with disabilities.

After Don and Gail married in 1998, they attended the Holy Cross Episcopal Church in Saline until they came to St. Clare’s. Here Don has labored, faithfully, helping to build a ramp for the Wisdom House and Sally Churchill’s home, collecting fresh corn and good stuffs for the Backdoor Food Pantry, and leading a dryer vent cleaning crew on our SOS Outreach Sundays.

But, above all of this, Environmental Conservation was Don’s true life passion! Reduce, Reuse, Recycle was his mantra and where he was happiest was turning-over his compost pile or splitting his own firewood.

Don tried always, to the best of his abilities, to be not only the hands and feet of God in this world but, also His heart. He opened himself to the needs of others and served anyone, anywhere with a humble heart.

Don was the son of Peggy and Vern Kelley and cherished younger brother of Patricia Scarlett. With her, he is fondly remembered by many nieces and nephews and their families. He was a kind and caring Step-Father to Wendy Moon (Rod White) and Julie Moon (Craig Brunton). His two Grandchildren Tyler and Allyson filled his world with the special joy and magic of childhood. Don and his Spiritual Partner, Gail are both grateful to God for all the years, the love, laughter and global adventures they shared together.

A celebration of life will tentatively be postponed until Thursday, October 15, 2020 at St. Clare's Episcopal Church, 2309 Packard St., Ann Arbor. Memorial gathering from 2 pm until time of Memorial Service at 3 pm with a reception from 4-6 pm in Hall to follow.

In lieu of flowers please make donations at one of the following locations:

To send flowers to the family or plant a tree in memory of Don Kelley, please visit our Heartfelt Sympathies Store.

Receive notifications about information and event scheduling for Don Kelley

We encourage you to share your most beloved memories of Don Kelley here, so that the family and other loved ones can always see it. You can upload cherished photographs, or share your favorite stories, and can even comment on those shared by others.

Posted Feb 24, 2020 at 04:16pm
We are so sorry to hear about the passing of Don who was so kind, intelligent and giving. He had a gift in connecting, teaching and sharing his wisdom with people. A very special friend to us, who will be dearly missed. Gail and family, we are thinking of you during this difficult time and send our thoughts and love to you all.
Comment Share
Share via:
CH

Posted Feb 17, 2020 at 04:01pm
Don and I taught auto shop together in the 1970s. Out of that experience came a life-long friendship. After I left teaching, we kept in touch - socializing, working on cars and going on "adventures," usually to car events. There was the weekend road trip to a race in Sebring, Florida. Seven guys in a motor home nonstop there and back. And the time he used his ever-present Swiss Army Knife at a test session to solve a problem for a bunch of stumped engineers. Then there was the race weekend he kept me up most of the night, talking about how he first met Gail and then reconnected with her. When I finally met Gail, she was everything Don talked about. Being with them when they married was an honor.
Gail has lost a wonderful, caring husband. I have lost a great and dear friend. Though I'll miss Don, the memories of our times together will always be with me. Rest in peace, my friend.
Comment Share
Share via:
RL

Posted Feb 16, 2020 at 01:59pm
We can all look back and identify those few individuals who had a significant influence on our lives. For me, Don, JD, Mr. Kelley was one of them. I grew up in an automotive family in an automotive town. There was never any doubt what direction my life would take. And because of that, auto shop at John Glenn High School was on the critical path. It was there, in Auto I, where I had my first introduction to Mr. Kelley. Don was my teacher for four semesters of auto shop. Following graduation I was fortunate to return to John Glenn as a paraprofessional teacher assistant working in the auto shop. Over the years I have known Don as a teacher, a mentor, a colleague and friend. It is a great loss.

For me, it is ironic how Don can be characterized by the vehicles he owned. The blue F250 4x4 pick-up. A bold, purpose built truck ready for adventure. It was the vehicle that carried the stories of his worldly travels. A primer colored Volvo sedan, his daily commuter car. It was unique, reliable and yes, a bit quirky. It carried a back seat of Kelley clutter. And then there was the 1963 Corvette convertible. A classic, detailed, collectors item that signifies an independence and spirit that is difficult to find in a car or a man today.

Don, thank you for the influence you have had in my life. I am sure that I am only one of hundreds whose road trip of life has been steered by your influence. Your analytical approach, your bigger than life character and your boisterous laugh will be always remembered.

Your student,
Class of ‘75
Ron Latawiec

Posted Feb 15, 2020 at 06:47pm
Dear Gail, JD was my auto shop teacher in the early 80s, never have forgotten him. He was a great man. I bought an engine from him that came out of his mothers car, and put it in a roadrunner. It was a great time and he taught me a lot. I will never forget him. sorry for your loss. David Stone
Comment Share
Share via: 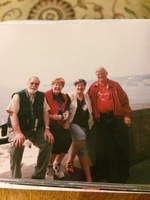 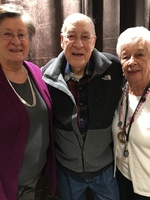 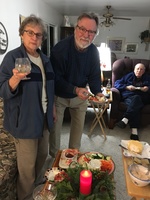