To share your memory on the wall of Jeffrey Evan Jacobs, MD, sign in using one of the following options:

Provide comfort for the family by sending flowers or planting a tree in memory of Jeffrey Evan Jacobs, MD

Print
“Yesterday when I was young”…

On Wednesday, April 8th, 2020, Jeffrey E Jacobs, MD, loving husband and brother, passed away at the age of 54, after a long healthcare battle.

On Wednesday, April 8th, 2020, Jeffrey E Jacobs, MD, loving husband and brother, passed away at the age of 54, after a long healthcare battle.

Jeff was born on December 19, 1965 in Brooklyn, NY. He attended The Johns Hopkins University and received his Medical Degree from New York University School of Medicine on May 28th, 1991 and shortly thereafter obtained a masters degree from Columbia University of Public Health. He did his residency at Bellevue Medical Center and began his career as a Pediatrician in 1997.

There is no way that the words that I write will be good enough to honor the man that he was, but I will try my best.
Even though he was a city boy, Jeff always had an urge for the country life. He moved to the Pocono Mountain area of Pennsylvania where he met me, his wife Cathy. We were married in Matamoras, PA at the beautiful Riverview Inn on May 28th, 2000. Wanting a change, we moved to a place we had never heard of, The Upper Peninsula of Michigan. We made our home in Calumet, where Jeff eventually opened his own practice, Superior Pediatrics. He loved having his own practice and often referred to himself as just an old country doc, as he was always available to his patients and even made house calls; his patients always came first!!

During our time in Calumet, Jeff was involved in a little bit of everything. Jeff was the president of the Tri-County Medical Society, co-chaired many political campaigns, served as a county delegate at many state conventions, and volunteered wherever and whenever needed. Jeff was a fanatical animal lover, who never turned away an animal in need of rescue.
Jeff also served on the Board of Directors for the Michigan State Medical Society for 9 years, for which he was very proud of. The time we spent with the medical society was some of the best times we had, both professionally and personally; the relationships we made will live on even now that he is gone.

Jeff was preceded in death by his mother, Judith and his father, Joel.

He is survived by his wife, Cathy; brother, Jay; his Aunt Diannne; his cousin, Janine and her children Andrew, Jade, and Cassandra; his 6 birds and 6 cats; his many patients for whom he loved; and the best friends that anyone could ever have.

Jeff, you will always be my heart...”If you should ever leave me, though life would still go on believe me. The world could show nothing to me, so what good would living do me. God only knows what I’d be without you.”
Read Less

To send flowers to the family or plant a tree in memory of Jeffrey Evan Jacobs, MD, please visit our Heartfelt Sympathies Store.

We encourage you to share your most beloved memories of Jeffrey Evan Jacobs, MD here, so that the family and other loved ones can always see it. You can upload cherished photographs, or share your favorite stories, and can even comment on those shared by others.

Posted May 06, 2020 at 10:01am
With thoughts of peace and courage for you Cathy. Always is our thoughts and prayers. Rest in peace Jeff.

Owen and his only niece

Posted Apr 15, 2020 at 05:18pm
I hadn't seen Jeff in over 20 years when I heard of his, way too early, passing. The times I spent with him were brief, but the memories are vivid. He had a larger than life sense of humor, even greater intellect, a clear love of life, and even clearer love for his family, most notably his beloved brother, Jay, and friends. The times I spent with Jay and Jeff listening to them share jokes at one another's expense, had me howling in laughter, and grateful I was not on the receiving end of their witty and infectious banter. All kidding aside, the love and joy was always palpable, and I am the luckier for having spent time with those two brilliant and good-natured goofballs. My heartfelt condolences to all who mourn Jeff's loss while celebrating his life. May you find comfort in one another and your memories. In love and light, Mary Beth Augustine
Comment Share
Share via:
DG

Posted Apr 14, 2020 at 08:30pm
He always went beyond what he had to do and that's why he is like family to so many. If weren't smiling before seeing him you surely were after. He will be missed terribly. Love to Cathy, his family and friends
Comment Share
Share via:

Posted Apr 14, 2020 at 02:13pm
Growing up with Jeff n then reconnecting after years has been nothing short of a blessing. Jeff, u made such an impact on me n my kids. The bonds we have all created is the best gift i could have asked for. Thank u for being in my life. A part of me has flown to heaven with u and when we meet again u can then give it back. The world lost a wonderful man. Heaven gained an angel. Now u are loved in 2 worlds.
Comment Share
Share via: 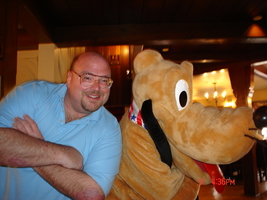 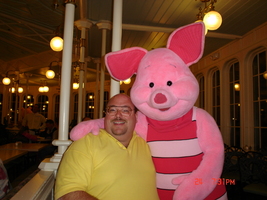 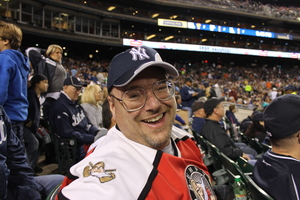