To share your memory on the wall of Jimmie Kennedy, sign in using one of the following options:

He retired from Washtenaw Intermediate School District, where he was the Facilities Manager for High Point School. After he retired, he worked several years, for photographer Phil Borkowski, assisting him with his art and photography. He was a lifelong member of the Loyal Order of the Moose and the Washtenaw County Law Enforcement Association.

Jim had many hobbies. In his younger days, he had a passion for racing cars. In later years, he was a regular at many Michigan race tracks, and was part of the pit crew for his son’s race car. Both raced with the number 45. In addition to working on cars, Jim enjoyed deer hunting. Every November, he would head to “Deer Camp” with his son and many other friends. When he wasn’t at the race track or hunting, he was building models, doing puzzles, crosswords, or spending time with his grandkids teaching them about guns, cars, birds, flowers, trees and life. He also went to Uptown Coney Island on Jackson Ave. every day to see his friends.

He is predeceased by his brother, Joseph “Jay” Earl Kennedy; and sisters, Loretta Devern Springer and Winifred Roberta Ganley.

In lieu of flowers, memorial contributions may be made in his honor to Arbor Hospice, 2366 Oak Valley Dr., Ann Arbor, MI 48103, or arborhospice.org.
Read Less

Receive notifications about information and event scheduling for Jimmie

We encourage you to share your most beloved memories of Jimmie here, so that the family and other loved ones can always see it. You can upload cherished photographs, or share your favorite stories, and can even comment on those shared by others.

He worked at Washtenaw ISD with me for several years and is an awesome person.

My thoughts and prayers are with you. 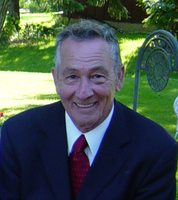