To share your memory on the wall of Marian Horowitz, sign in using one of the following options:

Marian worked as a copy editor for the Detroit News and then as a technical and public relations writer at the Michigan Cancer Foundation in Detroit, where she met, and married her first husband, Dr. Samuel Horowitz. For over thirty years, she edited books, scientific articles (appearing in Science, Nature, and the African Journal of Food, Agriculture, Nutrition and Development), scores of grant applications and graduate papers and dissertations.

Throughout her professional career Marian focused on teaching and engaging young learners. She began teaching as an elementary and middle school teacher, then gained experience in higher education administration at Washtenaw Community College and Michigan State University. Marian returned to elementary and secondary education as a principal, assistant superintendent and finally as a curriculum director. In retirement Marian taught professional writing in the College of Health and Human Services at Eastern Michigan University and at Ashesi University in Berekuso, Ghana.

Marian was actively involved as a volunteer with the League of Women Voters, The Interfaith Council for Peace and Justice, AARP-Michigan, several organizations serving immigrant and asylum-seeking people, Palestinian rights, vulnerable children in Kenya and Ghana, progressive political causes, women's rights, and the FOCOS Orthopedic Hospital in Accra, Ghana. One of her "quiet missions" was to acquire children's books from local charity and resale shops, clean them, and then maintain a supply of these resources to give away. She called her "giving library" "Marian's Kinder-Bucherregal."

In 2012, Marian married Richard Douglass and formed a partnership that expanded both of their lives. The two enjoyed loved long walks, sailing, bicycling on rural roads, and kayaking. Marian became a devoted gardener and transformed her yards to bountiful vegetable and flower gardens every year. She delighted in sewing, quilting and knitting "special things" for grandchildren. Her seasonal cookie extravaganza supplied holiday sweets to everyone she knew.

After her cancer diagnosis in October 2014, Marian threw herself into volunteering, connecting with the Cancer Support Community, participating in national cancer forums of the LUNGenvity Foundation, spending high quality time with adult children, grandchildren, and many friends at a second home in Tawas City. As her cancer progressed Marian delighted in meeting the dogs, and their people, that walked by her Water Hill neighborhood home, collecting vegetables from her garden, FaceTiming with family, and being an advocate for people without a voice. She remained active and engaged until just days before she succumbed to cancer.

Marian is survived by her daughter, Ann J. Horowitz (Andrew Koehlinger) of Midland, Michigan; her brother, John Herman, of Dearborn, Michigan; and her husband, Richard L. Douglass, of Ann Arbor.

The presentation of Marian's life is available at the link below:

To send flowers to the family or plant a tree in memory of Marian Sylvia Horowitz, please visit our Heartfelt Sympathies Store.

Receive notifications about information and event scheduling for Marian

We encourage you to share your most beloved memories of Marian here, so that the family and other loved ones can always see it. You can upload cherished photographs, or share your favorite stories, and can even comment on those shared by others.

Posted Feb 14, 2020 at 01:13pm
Mirian was a beautiful soul, great teacher wearing such an infectious smiles always! May God God continue to keep her soul!
We will cherish her memories for life!
Bless her soul.
Comment Share
Share via:
RD

https://search.yahoo.com/search?p=marian+horositz+youtube&fr=iphone&.tsrc=apple&pcarrier=Verizon&pmcc=311&pmnc=480 This is the public domain video prepared for the memorial service today in Ann Adbor. 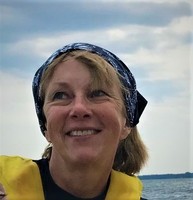 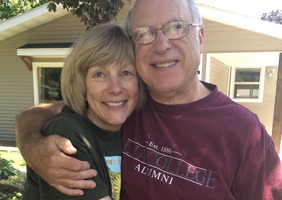 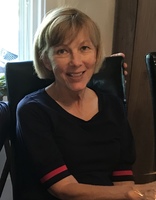 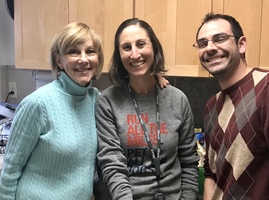