To share your memory on the wall of Nelson Freeman, sign in using one of the following options:

Provide comfort for the family of Nelson Freeman with a meaningful gesture of sympathy.

It was a life changing experience for Nelson when he declared as a Baha’i in 1965. He became a devoted and active member of the Faith and participated in a number of groups and activities with them. Two of his favorite activities were parking cars on football Saturdays with fellow Baha’is while making friends with the clientele, and Coffee House on the last Friday of the month where friends were welcomed and invited to share their talents, or enjoy the performances of others and have fun. He was passionate about his service to the Baha’i Faith and remained so until the end.

In his retirement he also remained active by traveling, taking classes at the senior centers in Pittsfield and Ypsilanti where he was also an exercise and dance instructor. He took guitar classes and was part of a Harmonica Band. Being the family genealogist he became a member of the The Black History Museum of Ann Arbor and The Fred Hart Williams Genealogical Society in Detroit.

He leaves to mourn his passing his wife of 53 years, Jean (Staples) Freeman and two sons: Marvin Freeman, (Deborah) Manassas, VA and Anthony Freeman, Warren, MI. Three granddaughters: Maya Bricio-Freeman of Ypsilanti; Tiffany Freeman of Denver, CO and Kiana Freeman of Colorado Springs, CO. There are many more relatives and friends that will miss his beautiful spirit.

We encourage you to share your most beloved memories of Nelson here, so that the family and other loved ones can always see it. You can upload cherished photographs, or share your favorite stories, and can even comment on those shared by others.

Posted Jan 12, 2020 at 10:16am
Dear Jean and Family. The Chappells are all saddened at your loss but glad that we got to share the last several years together not only as family, but also as friends. Nelson's enthusiasm for life and family history was infectious. That enthusiasm will be captured in the Fred Hart Williams Society monograph to be published this year. You may recall that the article is called "Passing the Baton." Michael and I were also very happy to work on the Detroit Memories v. 1-3 with Nelson; many photographs from his family archives appear in those books for all the world to see. He left a brilliant legacy and we will miss him. Posted Jan 06, 2020 at 12:03pm
Condoences to the family on behalf of the The Fred Hart Williams Genealogical Society. Mr. Nelson was a valued member of our group. He will be missed.
Comment Share
Share via:
KH

Posted Jan 06, 2020 at 10:19am
Jean,I am so sorry to hear about Nelson. I was checking the website for a friends son and saw that Nelson had passed. We use to work out a the old Vic-Tanny on Washtenaw ave. Jean I know you from jazzercise back in the day as Kim Smith. I hope to make it to his service tomorrow.
Comment Share
Share via:
MS

Posted Jan 04, 2020 at 10:37pm
We shall all miss Nelson. He was a gentle and caring person, a beloved classmate and friend with a great smile and sense of devotion to friends and his community. We shall always remember the contribution of his family to the youth of Ypsilanti for many years. May God rest his soul.
Comment Share
Share via:
JP

I am saddened to hear about Nelson. I had worked with Nelson at a back clinic several years ago. Jean, my heart is with you in the days ahead. Nelson was a very kind caring, and loving man. He will be missed. I feel honored that I had the chance to meet Nelson and you. Janice 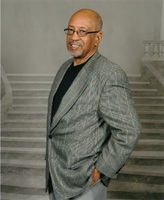 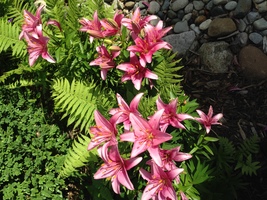