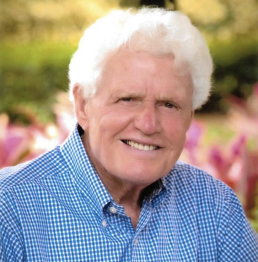 Paul Thomas Robertson died January 15, 2022 at St. Joseph Mercy Hospital following a brief case of pneumonia. He was born January 30, 1928 in Lawrence County, TN to John Henry and Madgie Pauline (Fisher) Robertson. He lived in Tennessee until he moved to Michigan in 1947 as a young man.

Paul served in the Coast Guard near the end of World War II.

He then worked at several places in Ann Arbor before founding Robertson-Morrison Heating and Cooling in 1959. He retired in 1986.

Paul enjoyed life and spent his leisure time fishing, hunting, playing golf and spending time with family and friends. He owned several rental properties in Ann Arbor and often referred to himself as a “slum landlord”.

Paul was generous with his time and talents, always helping people with advice and hands on help. He fixed about a million toilets and installed hundreds of garbage disposals!!