To share your memory on the wall of Raquel Agranoff, sign in using one of the following options:

At the age of 20, Ricky moved to the Philippines to join her father and his second wife Victoria, her half-sister Stephanie, and two half-brothers Michael and Lewis. While there, she was discovered by a talent agent who introduced her to the nascent Philippine film industry where she starred in a number of productions under the screen name “Ricky Blake.” Her two-plus years there were some of her fondest memories and she often spoke of the two monkeys she had as pets and what joy they brought.

Soon after moving back to the States, she met a young doctor at a party in Washington, D.C. She and Bernard Agranoff were married in September, 1957 in Boston, MA. While Bernie worked at NIH, Ricky’s love for food grew after marriage, and she sought out teachers to help hone her skills. In the late 1950s she heard about a young chef in New York city that was giving lessons out of his apartment. It was there that she had her first introduction to the subtleties of haute cuisine with James Beard as her teacher.

Ricky and Bernie moved to Ann Arbor in 1962. Ricky created a cooking school and catering company called A La Carte, and began her storied career of bringing an appreciation for fine dining to the region. After an internship at one of France’s Michelin three-star rated restaurants, Troigros in Lyons, France, Ricky opened the Moveable Feast in Kerrytown. Starting as a small shop with fine foods and a bakery, it grew into Ann Arbor’s finest restaurant, earning A Best Restaurant in the Detroit Metro Area award from Detroit Monthly Magazine.

After her restaurant and catering career, Ricky continued her connection to the culinary arts through her leadership in the local chapter of Les Dames D’Escoffier, a prestigious international organization focused on gastronomy and hospitality. She and Bernie also attended many performances of the University of Michigan Musical Society, of which she and Bernie have been avid supporters.

Ricky is survived by her adoring husband of nearly 63 years, Bernard; her two loving sons, William and Adam; four grandchildren, Leo, Madeleine, Isaac, and Sadie; as well as her sister Stephanie; and brothers, Michael and Lewis.

A visitation will be public for family and friends to rotate through on Thursday, July 2nd, 2020 from 5:30pm to 7:30pm. Please bear in mind that COVID-19 protocols are in place and no more than 10 people will be allowed in at one time so there may be a short wait. Please bring a face mask with you in order to be permitted entrance. The burial will be privately held for the family at Arborcrest Memorial Park; Ann Arbor, Michigan.

Nie Funeral Home Visitor Guidelines:
If you feel sick, have cold or flu like symptoms and/or have a fever, please go back home.
Cover Face and Wear a Mask when in the building.
Governor Whitmer has recommended to avoid gatherings of more than 10 people.
We ask that visitors please remain in their vehicles until they are asked to come inside to greet the family.
Please avoid personal contact like shaking hands or hugging, please extend verbal salutations.
Please cover your mouth and nose if you cough or sneeze with your elbow or a tissue, please dispose of the tissue immediately.
Please wash your hands with soap and water for a minimum of 20 seconds under running water.
Please avoid touching your eyes, nose or mouth.
Read Less

To send flowers to the family or plant a tree in memory of Raquel Agranoff, please visit our Heartfelt Sympathies Store.

Receive notifications about information and event scheduling for Raquel Agranoff

We encourage you to share your most beloved memories of Raquel Agranoff here, so that the family and other loved ones can always see it. You can upload cherished photographs, or share your favorite stories, and can even comment on those shared by others.

Posted Jul 29, 2020 at 03:40pm
I met Ricky when I was 19 taking classes at al a Carte and developed a 48 year friendship I will think of her every time I walk into my kitchen your the first person I will look up in heaven
Comment Share
Share via:

Posted Jul 03, 2020 at 03:07pm
We will miss you so much. Friend, host, and wise advisor on what you really should not be doing with food. We will miss your internal and external beauty, intelligence, wit, kindness and uncompromising love to Bernie, your family, and your friends. This particular picture was taken at Ricky and Bernie’s house on the 100th meeting of the wine group. Wonderful memories that will stay with us forever. 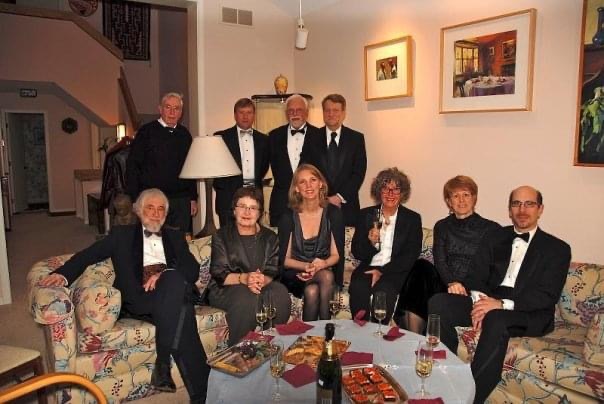 Posted Jul 03, 2020 at 12:05pm
Dear Bernie,
I send my sincere condolences to you and your family. I hope you are all able to find peace and joy in your beloved memories of Ricky.
Best,
Shelly Flagel
Comment Share
Share via:

Posted Jul 02, 2020 at 07:56pm
I have been trying to write these thoughts for two days, but I just can't find the words to express my feelings. When I moved to Ann Arbor to attend the U of M Ricky and Bernie became my second set of parents and I still feel this bond 50 years later. I have always felt unconditional love for them and I think the feeling was mutual. We never tested the unconditional aspect of our love because there was never a time when when we bickered or displayed anything but kindness and respect for one another. Although I was aware of Ricky's medical problems and the pain she shouldered, she stubbornly refused to let it seep into conversations and it seemed as if she didn't want to spoil our relationship by tainting it with negative thoughts. Perhaps the strength of the bond I have with Ricky can be explained a bit by the fact that every time I cook a meal and start chopping or slicing I always imagine that Ricky is present looking over my shoulder passing me hints on how to do it better or more professionally. I hear her voice patiently guiding my actions and offering encouragement and a smile appears on my face. This ethereal connection has has existed for for so many years that I can't even remember when it started. I suppose a little bit of Ricky lives in me and I desperately hope the smile still persists after her passing.
Comment Share
Share via:
S

Posted Jul 02, 2020 at 10:07am
To our beloved sister Ricky , we will never forget your lifelong love and dedication to the family ! 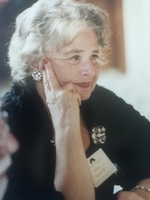 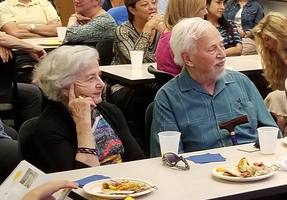 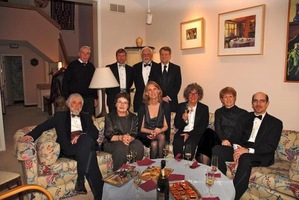