To share your memory on the wall of Richard Flores, sign in using one of the following options:

Print
It is with great sadness and much love that we announce that Richard Paul Flores passed in peace at his residence in Ypsilanti, Michigan at the age of 75 on Wednesday, January 22, 2020.

Rick was born on November 7, 1944 to Francisco Flor... Read More
It is with great sadness and much love that we announce that Richard Paul Flores passed in peace at his residence in Ypsilanti, Michigan at the age of 75 on Wednesday, January 22, 2020.

Rick was born on November 7, 1944 to Francisco Flores and Maria Zepeda Flores in Washington, District of Colombia. He spent his formative years in his native country of Honduras with his parents and siblings and a large extended family of cousins, aunts, uncles, and grandparents. He was educated by Jesuit Priests and spent his childhood playing soccer, visiting the countryside, and engaging in youthful hijinks, which served for the basis of the many humorous stories he later became known for. In his teen years his family relocated to Miami, Florida where he attended high school and earned spending money selling the Miami News. After graduating from Miami Jackson High School in 1962 he enlisted in the United States Air Force proudly serving for four years before returning to Miami to attend Junior College.

A young man with a snap in his fingers and a song on his lips, adventure beckoned and Rick, heeding the call, headed North arriving in Michigan where the stars aligned and he met his true love, Mary Katherine “Kay” Stough whom he literally fell head over heels for on their first date. Rick and Kay married September 19, 1969, going on to have three brown-eyed girls Annmarie, Stephanie and Sara. Together, Rick and Kay loved to dance, bowl, garden and entertain friends and family at their home in Detroit, Michigan.

Rick was an employee at Ford Motor Company for 25 years. Although he wore many hats, such as spot welder, working on the right rear quarter panel of the Lincoln Town Car and a specialist on the repair team, he most enjoyed his last years working as a Diversity Trainer and a District Committeeman for the UAW Local 36. He retired in 2007 and went on to spend his time traveling with his wife to visit his children and grandchildren, volunteering for Freedom House Detroit, Leader Dog for the Blind, generously donating blood for the Red Cross, reading the newspaper from front to back, cheering for the Detroit Tigers, and of course, never letting the truth get in the way of a good story.

Rick was brave in the face of his Parkinson’s disease diagnosis and will forever be remembered in our hearts in the humor, wit, encouragements and love he showed all who had the privilege of knowing him. He leaves behind a large collection of t-shirts from all the colleges and states his daughters have attended and lived in.

Please consider a tribute gift to a charity of your choice in Rick’s honor.
Read Less

We encourage you to share your most beloved memories of Richard here, so that the family and other loved ones can always see it. You can upload cherished photographs, or share your favorite stories, and can even comment on those shared by others.

Posted Jan 29, 2020 at 09:46am
Paul, You and your family are in our thoughts. Our sincere sympathy, Your Franworth Team

Medium Dish Garden was purchased for the family of Richard Flores.

Posted Jan 25, 2020 at 10:26am
It is with a heavy heart that I type these words. Dicky was a bright light in everyone's life and will be missed. I feel fortunate to have had him in my life and heaven now has the funnest angel ever. I pray that God provides the strength the family needs at this very sad time. I will cherish the time I spent with him and his family. Love Pat Bach Valdez.
Comment Share
Share via:
D

Posted Jan 25, 2020 at 03:06am
Dana Palazzolo
I am so sorry to hear of this I am beside myself in awe that a strong and wonderful man has left Us to be at peace in the afterlife. I had the privilege to meet mr. Flores through his beautiful daughter Annamarira I sat with this man breaking bread and rejoicing in a super many times. And through the time I spent with him I had learned what a father should be. He believed in his family and had the most respect for them an example I live by to this day.... Thank you for all the love and laughter that you brought into the lives of us the ones that only wanted to be a part of your beautiful daughters lives. So in sadness and sorrow I say to you Mr. Flores Rest In Peace. God bless and hold you forever. Amen.
Comment Share
Share via:
LS

Posted Jan 24, 2020 at 09:34pm
My heart hurts. I loved you Cousin Rick (and yes, he was the favorite, especially at Stough Family reunion. He’d start a dialogue with you by telling you a deep or profound thought he said he had to share...and then just as you thought he was serious...bam, he’d deliver the punchline of an impromptu joke or silly response with the wit like no other. Love you Rick. Always loved. Never forgotten.
Comment Share
Share via: 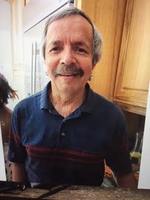 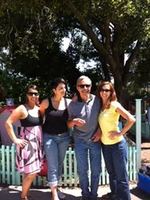 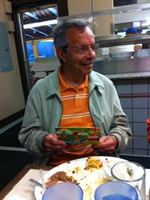 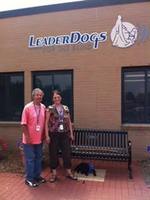