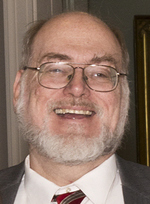 Thomas Ross Barber, age 70, of Ann Arbor, Michigan, died April 4, 2020, of COVID-19 and heart failure at St. Joseph’s Mercy Hospital. He was born in Dearborn, Michigan on May 19, 1949, the son of Nicholas Barber and June (Parsons) Barber, who both preceded him in death.

Cremation has taken place. A memorial will be held at a later time. In lieu of flowers please feel free to donate to the American Heart Association or the American Diabetes Association, to any reputable organization supporting the fight against the COVID-19 pandemic, to any educational institution, or to any animal rescue or shelter organization.