To share your memory on the wall of Tom Tziahanas, sign in using one of the following options:

Provide comfort for the family by sending flowers or planting a tree in memory of Tom Tziahanas.

Provide comfort for the family of Tom Tziahanas with a meaningful gesture of sympathy.

Tom Tziahanas grew up in in a small village in northern Greece (Kosmati), living a very modest, but as he recalled a “simple but happy” childhood until “the Nazi’s came.” Surviving the Nazi occupation, a massacre in his village, and the Greek Civil War, he immigrated to the United States in 1947 and settled with his parents, George and Vassiliki Tziahanas and Uncle James Tegopoulos, in the steel town of Farrell, Pennsylvania having arrived knowing almost no english.

Tom went on to learn english, excel in school, and started working at Sharon Steel; before being drafted into the U.S. Army. After serving overseas and being transferred to the First Infantry Division and trained as a Combat Medic on occupation duty in Germany (ironically), he was honorably discharged. Blessed by the availability of the GI Bill, and having been accepted to John Hopkins, Penn State, and the University of Michigan, he selected the latter.

He would go on to live the remainder of his life in Ann Arbor, where he worked, raised his family, and was committed servant and steward at St. Nicholas Greek Orthodox Church of Ann Arbor. Having completed his undergraduate work, he took a job with the Ann Arbor Public Schools teaching special needs students in 1960. He went on to earn his PhD in Neuropsychology from the University of Michigan and spent his entire professional career as a psychologist for the Ann Arbor Public Schools, devoted to special education and at-risk students. Known simply to thousands he helped and worked with throughout his career as “Dr T.”, he finally retired at aged 70. His own background confronting unimaginable challenges allowed him to connect with students, parents, and colleagues from all backgrounds, always most concerned about those who had the least.

Thereafter he dedicated his life to the care of his wife, and to enjoy time with his children, grandchildren, and great-grandchildren. After a sudden and terminal cancer diagnosis, he spent his remaining days doing the same, showing tremendous strength and commitment to his family throughout…but at peace knowing the full life he had led, the help he had brought to so many, his ever thankful and blessed family, and his deep Greek Orthodox Faith.

Visitation will be held on Thursday, August 13, 2020 at St. Nicholas Greek Orthodox Church, 3109 Scio Church Rd, Ann Arbor, MI 48103, at 10:00 am. A funeral service will take place at 11:00 am. Burial will follow at Bethlehem Cemetery of Ann Arbor. Please remember to wear a mask and practice social distancing while attending funeral services.

For those interested in viewing the funeral services but are unable to attend, St. Nicholas Greek Orthodox Church will be live-casting the funeral. Please visit their website Thursday at 11:00 am. https://www.stnickaa.org/webcam.html

Memorial contributions can be made in Tom's name to St. Nicholas Greek Orthodox Church or to the American Legion.

To send flowers to the family or plant a tree in memory of Tom G. Tziahanas, please visit our Heartfelt Sympathies Store.
Read Less

Receive notifications about information and event scheduling for Tom 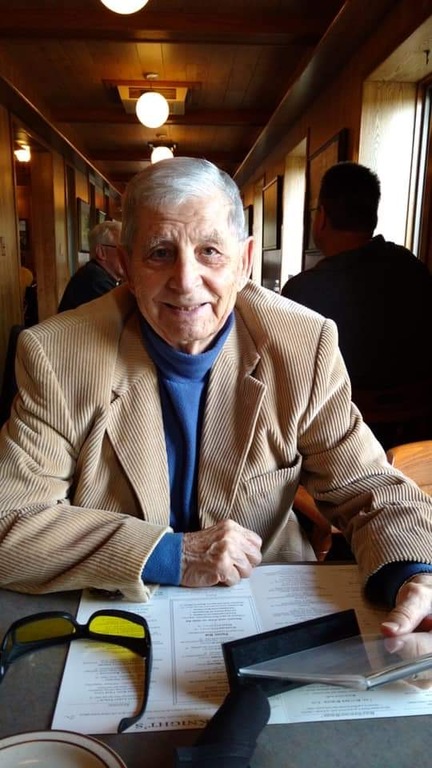 We encourage you to share any memorable photos or stories about Tom. All tributes placed on and purchased through this memorial website will remain on in perpetuity for generations.

Belle & Lynnae sent flowers to the family of Tom G. Tziahanas.
Show you care by sending flowers
Hand delivered by a local florist

Your friends at Lucidworks

George, we are thinking of you during this difficult time. Please accept these forever trees planted in your Father's memory. Our warmest condolences

Your friends at Lucidworks planted 5 memorial trees for Tom Tziahanas

Dear Tziahanas Family, We send our condolences. Knowing George we thought that you may all appreciate the planting of memorial trees in Toms honor.

Very sad to hear of your loss, George. I pray that your memories and the love of your friends comfort you.
Comment | Share Posted Sep 04, 2020 at 01:14pm via Condolence
EC

Our deepest sympathy to your family.

I would like to thank everybody that posted their memory of my Father. We were all blessed to have him in our lives, and appreciate friends, family, and colleagues that took time recall the special person he was.