To share your memory on the wall of Frank N. Moore, sign in using one of the following options:

Provide comfort for the family by sending flowers or planting a tree in memory of Frank N. Moore

Provide comfort for the family by sending flowers or planting a tree in memory of Frank N. Moore

At age 18, he met Shirley Pinckney whom he married in 1945. He then joined the U.S. Army and served at the Panama Canal at the end of World War II before being honorably discharged in 1946. Frank and Shirley were married nine years and had two sons together - Daniel and James. He was preceded in death by his parents, his seven siblings, his son James and his wife Shirley.

Frank worked in the dairy industry for over twenty years. While delivering milk at a local grocer, he met his wife of 62 years, Charlotte (Gasber) Moore. They married on February 8th, 1958 in Ypsilanti, Michigan and had three sons together - Steven, Michael, and Terry. Frank worked at the University of Michigan as a sheet metal foreman for 30 years. He was a longtime member of Calvary Baptist Church in Ypsilanti, where he enjoyed his daily morning coffee with the “gentlemen of the couch”. After retiring from the University of Michigan, he worked at Anderson’s apartments with his good friend Rick Ward for 20 years. When not working, you could find him surrounded by family (and dogs) at his “Up North” cabin proclaiming “this is what it’s all about” or keeping watch over the neighborhood with his dear friend Willie Thomas.

The celebration of Frank’s life will be held at 1:00pm Friday February 28th, 2020 at Calvary Baptist Church - 1007 Ecorse Rd, Ypsilanti - with Pastor Jim Newcomer officiating. Burial will follow at Union Udell Cemetery in Ypsilanti. The family will receive friends at Nie Funeral Home Thursday, February 27th from 4-8pm and at the church Friday morning, February 28th beginning at 11:30 a.m. In lieu of flowers, contributions can be made to the American Cancer Society.
Read Less

We encourage you to share your most beloved memories of Frank N. Moore here, so that the family and other loved ones can always see it. You can upload cherished photographs, or share your favorite stories, and can even comment on those shared by others.

Posted Feb 26, 2020 at 09:02am
Frank was a good friend and a father figure to me as a young man. He gave me great advice and lived a life that was kindness, and love for his family. Many great memories of some vacations together and swimming pool in my back yard.
Frank and Charlotte and boy will always be friends, Frank will be missed.
I know Frank is with Jesus. Frank told me on one of our many talks that he had asked Jesus into his life and he knew when this life was over for him he would be with Jesus.
So many great memories of Frank and family. You will be missed Frank but will see you again.
Ronald VanderMolen
Comment Share
Share via:
DA

Posted Feb 25, 2020 at 01:49pm
Uncle Frank was a wonderful man who was very kind to my parents, especially to my mom Virginia, who was his half sister. I was impressed by his sense of duty and outreach to those who needed help. The photo I posted earlier of him with Aunt Charlotte , children and grandchildren on his 90th birthday is a favorite. My wife and I will both miss our visits with them.

Posted Feb 24, 2020 at 01:51pm
One of finest and most genuine man I ever had the privilege to know. He is home now and not suffering. I believe Frank was a veteran. From one veteran to another, WELL DONE GOOD AND FAITHFUL SERVANT.
Comment Share
Share via: 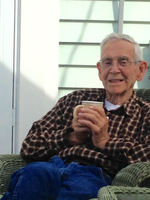 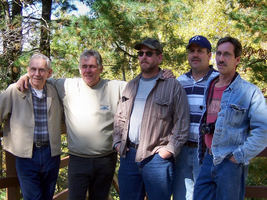 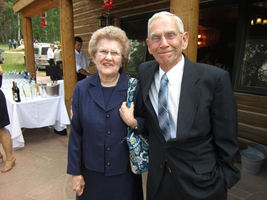