To share your memory on the wall of Thomas Barber, sign in using one of the following options:

Cremation has taken place. A memorial will be held at a later time. In lieu of flowers please feel free to donate to the American Heart Association or the American Diabetes Association, to any reputable organization supporting the fight against the COVID-19 pandemic, to any educational institution, or to any animal rescue or shelter organization.
Read Less

To send flowers to the family or plant a tree in memory of Thomas Ross "Tom" Barber, please visit our Heartfelt Sympathies Store.

Receive notifications about information and event scheduling for Thomas

We encourage you to share your most beloved memories of Thomas here, so that the family and other loved ones can always see it. You can upload cherished photographs, or share your favorite stories, and can even comment on those shared by others.

Posted Jun 03, 2020 at 08:25pm
I'm sorry that you've left us, Tom. We were best buddies from kindergarten through college, though our careers pulled us away ...

We shared a lot of wonderful memories, and hours and hours of talk about every science fiction book there ever was.

Posted Apr 20, 2020 at 03:47pm
We miss you, darling. You are always in our thoughts and forever in our hearts. One tree for each of us to represent our family and our love.

Posted Apr 16, 2020 at 01:47pm
Tom was a close family friend to the Hoyers, a member of the close ConClave family my sister and I were so fortunate to grow up with. His passing is a great loss to an excellent group of people.
Comment Share
Share via:

Posted Apr 16, 2020 at 05:14am
I thought Tom was a kind, nice man
whom I knew from Conclave and Confusion. My regards to his family. Minda Hart
Comment Share
Share via: 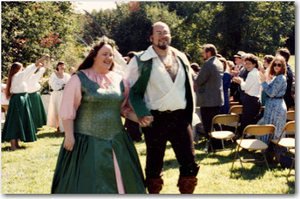 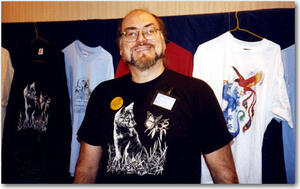 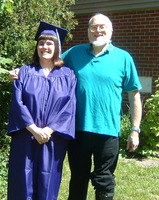